The Curse of the Instant Auteur

According to the IMDB, John Ford made 144 films of varying lengths and screen sizes in his long and distinguished career. By the time he made Stagecoach which is arguably his first "major" classic in 1939, he had already directed almost 100 films dating from 1917'sThe Tornado. These early films are much more varied in style, form and content than the 50 that would follow, many containing influences that Ford would eventually shake off when he found his own voice as a filmmaker. Most of what we consider "Fordian" is found in his post-Stagecoach work: Epic shots of Monument Valley with large looming skies, deep focus, the immobile camera, and slow dissolves. 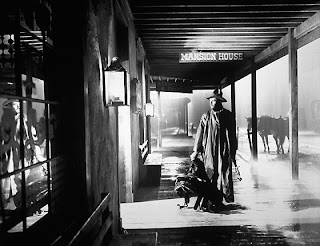 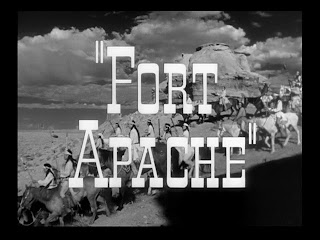 He had taken the influences of F.W. Murnau and Robert Flaherty which appeared in varying forms through work like The Informer and The Hurricane and integrated them more fully with his own natural sensibilities. A scene as stylized as this one from The Informer seems more like Welles or Lang than Ford:

What I find disturbing is how filmmakers today are made and broken with only 1 or 2 films under their belt. Directors like Paul Thomas Anderson, Spike Jonze, Richard Kelly, Eli Roth, and Wes Anderson have all been quickly judged and filed away after only three or four films across a decade.

The critical and popular response to Wes Anderson's last two films have suggested that there may be less than meets the eye and Richard Kelly's Southland Tales had much too much expectation to be anything but a disappointment. The problem is not that just with the films themselves, but with the need for these filmmakers to DEFINE a recognizable, signature style immediately. Since Ford was under contract to a studio, he was able to experiment with different techniques and styles in a way that would be impossible in today's cinematic context. Starting out today, Ford would have to be "FORDIAN" right from the start or else be seen as a mere hack, not worthy of any serious discussion. The pressures that were once only made for someone like Kubrick are now crosses for all new directors to bear: the need to be brilliant every time out and to tread carefully in breaking new ground without losing the fanbase. Alfred Hitchcock once referered to style as nothing more than self-plagiarism and this is true today as filmmakers seem very aware of the little tics and quirks of their own style. This puts a premium on creating works that are just like a filmmaker's previous work instead of being an organic process of change and growth. Like "Haven Hamilton"(The great Henry Gibson) in Robert Altman's Nashville, they all want to put a little more "Haven" into their films. This often leads to arrogance and ends up with the filmmaker trying to figure out how to get out of this situation: 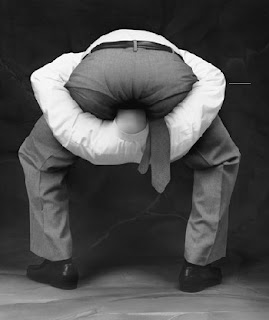 As the saying goes, "Cut is the branch that may have grown full straight." How many potentially great filmmakers have been cut short by making a less than brilliant first feature? How many others are merely settling on their own quirks rather than challenging themselves each time out? A signature like this one does not happen overnight. 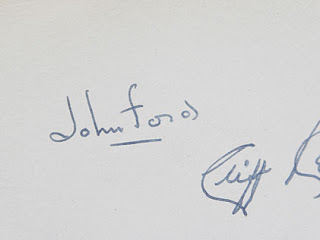 I agree that the case of the instant auteur is a concern; however, I suspect the path (and perhaps the medium itself) to auteurism has changed. Cutting one's teeth via B-films (like the Corman proteges) and westerns is no longer a luxury the movie industry can afford. I suspect if we're interested in auteurs for the sake of auteurs, we'll have to look at positions other than directors, perhaps other positions (say, art directors for Pixar) or perhaps artists using a completely different medium (e.g. video game designers).

Good point regarding auteurism in video game design-that's an area where a good degree of control can be held by one or two designers trying to see a fully formed vision to fruition.

There's no path for learning and the Corman method was really only good for a film or two, not the 100 plus Ford got to work on when westerns were turned out week to week.

You're right, the current Hollywood system barely tolerates "the film director as superstar" to quote the title of a famous book from 1970 which looked forward to a decade of directorial power. But there are actually more opportunites today for filmmakers to make a name for themselves and control the product through self-distribution and the internet if they don't expect to be millionares with swimming pools and movie stars. Some very talented filmmakers are proving that they can make a living making films that bear their stamp with a strong fanbase like an indie band. This is the future of creative filmmaking on the fringe and it's not just art films-exploitation films-horror, action, soft core porn etc can find a strong niche in the long tail market.

Hi readers
Do not miss your chance to get a free iPhone 4G. Visit http://bit.ly/d9QOON